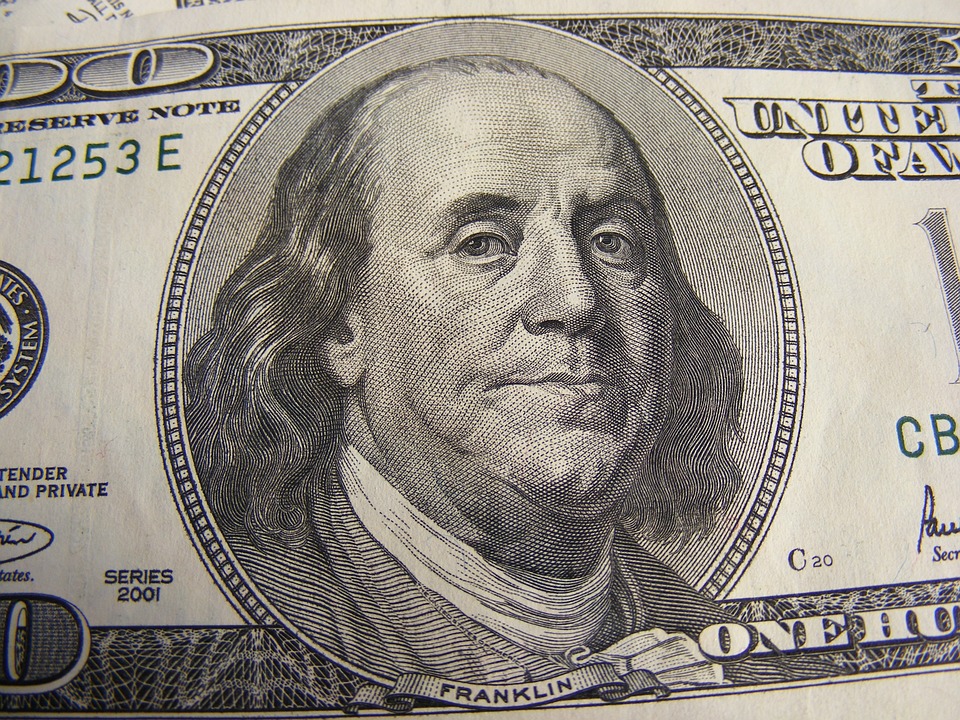 Hey Veterans: Here Are Some Fun Facts About Your First Million Dollars!

I used to think that I would be able to quit work and go live wherever I wanted to when I had a million dollars in the bank. Well, times have changed huh?!

I think we all know that a million dollars just doesn’t go as far as it used to…or does it? When we think of millions of dollars we tend to think only of purchasing power.

However, there are other curious things about $1 Million dollars that can help you put that amount of money into perspective.

For example, did you know:

If you had a million bucks worth of $100 bills it would only weigh 22 pounds?  Pfft…

If your goal was to save ‘a million’ maybe the goal could be counted in pounds instead. It would be very interesting to say to your loved one “Hey hun we’ve saved 19.5 lbs of money! Almost there!!”

But what if you had 22 lbs of gold instead?

2. It Actually Wouldn’t Take Very Long To Get It If Only…

…you could earn $1 per second.  In that scenario you would be a millionaire in only 11 days! For most of us this is not a goal, but it does make you aware that the best way to earn money faster is to multiply our efforts.

This is mainly done by starting a business which allows you to earn money systematically at a much faster rate than as an employee. Of course, this doesn’t include some CEOs of Fortune 100 companies who seem as if they do indeed make millions per month.

See our article on “Do You Want to Know How to Make Money By Blogging?” for more details on making extra money from a side hustle.

3. Mimicking Wealth Is Easier Than You Think!

In America, millionaires prefer Fords, followed by Cadillacs then Lincolns (Ford). So if you are into faking it before you make it and want to seem like “one of us”, then buy a Focus (just kidding!).

If you plan to retire in 40 years and your goal is to save $1 Million dollars, you should expect that million to have the same spending power as $300,000 of today’s dollars. In other words, you’re gonna need a bigger goal!

Roughly 80% of today’s millionaires are college graduates. So does that mean that you must finish college in order to be wealthy? Obviously, there are some notable examples of billionaires who didn’t finish college, but they are outliers.

The widest road to wealth is through higher education which means higher income.  Also, approximately 20% of those college grads have even higher education degrees.  Unfortunately, many people with higher degrees also have insane student debt loads. 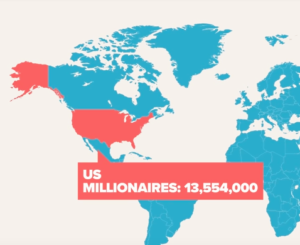 I believe this statistic shows just how difficult it is to become wealthy, particularly through wage labor alone.

Combine this with the average household debt and credit card abuse and you have a recipe for “how not to be rich”. Financial education at an early age is extremely important for increasing this statistic in the future.

60% of individuals with greater than $1.5 Million saved still imagine working as long as they can. Simply put, these people will probably not live to enjoy their savings.

My hope is that this is not because of some compulsive need to work solely based on habit because if that is true, that would be sad.

However, if working forever is more in line with their goal of providing wealth for the future generations, then the next statistic might sadden them too… Why?

8. Your Kids Are Going To Blow It

It is estimated that 70% of millionaire families LOSE their wealth by the 2nd generation. And 90% lose it by the 3rd generation. I think that along with saving for future generations, today’s millionaire savers should put into place strong financial and entrepreneurial training for their heirs. They should also train the heirs to train their heirs as well in order to avoid having all of their hard work go for nothing.

Four of the world’s youngest billionaires are somehow attached to Facebook. What does this mean for you? You’ve gotta get lucky!

It means that you should not count on something as random as a corporate lottery ticket to make you wealthy. Having a steady investment and savings plan won’t make a person wealthy overnight, but it is most likely to be a plan has a high chance of success.

10. No, It’s All About Financial Education

If we want to build foundational wealth for our families and for future generations, we have to learn how to earn a lot of money (through sales and marketing of a needed service), then learn how to disentangle ourselves from rampant consumerism and live WAY below our means.

Lastly, we need to learn how to put our money to work making babies.  It’s as simple as that, but life complicates this formula with non-stop commercials, rising costs, and non-increasing wages.

Please enjoy this Infographic and give your opinion on Facebook!