Skip to content
SmartMoneyStar.com is supported by you. We may receive compensation from the products and services mentioned in this story, but the opinions are the author's own. Compensation may impact where offers appear. We have not included all available products or offers. Learn more about how we make money and our editorial policies.

My friends and I have discussed the idea that if we didn’t have to eat (at all), we could easily meet our monetary goals in no time.

Our discussions about how to eat for cheap generated a lot of useful ideas.

A reader named Daiko shared a detailed explanation of how she once got by spending just $30/week on food. This is a great real-life example of how its possible to eat well without breaking the bank. I’m posting her detailed explanation here so that more people will see it and perhaps use it to get their financial lives together.

Although I don’t do this now, I once lived on $30 a week for food in the early 2000s. Full disclosure: This was greatly helped by the fact that my workplace fed me five meals a week, but I was still feeding myself sixteen additional meals (for slightly less than two dollars per meal).

This was not easy or comfortable to do — I did it by necessity — but I believe it could still be done for $30/week in most parts of the U.S. even today.  Also, while I was satisfied at the time, the fare was probably a bit more spartan than most would willingly eat normally, especially with all the food company commercials that make us plainly dissatisfied with whatever is in our fridge.

Here is some of what I did:

I would cook one or two major meals per week. Sometimes this was a full-sized lasagna, sometimes fish that was on sale, sometimes a big pot of homemade spaghetti sauce or soup with lots of fresh vegetables added.

It always included a big salad.

This big meal would feed me dinners (and some lunches) for five or six days, and I could not afford to throw any of it away. I would eat leftovers almost every day.

Every ounce of it was eaten over the course of the week.

Many will say this is unhealthy. It would have been if it had been all that I ate, but I definitely ate a lot of Ramen noodles and macaroni and cheese. These were bought when on sale: Ramen 7-for-$1 (a deal Ive seen as recently as last week) and Mac & Cheese 3-for-$1.

Poor mans tuna casserole was a staple and would feed me for two or three meals: one package of mac & cheese with one can tuna mixed in. 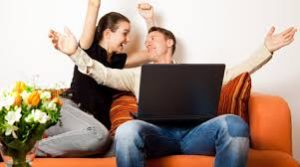 Shop in the produce aisle.

This sounds counter-intuitive, because everyone knows that produce is expensive. But I would shop for the inexpensive produce (which tended to be seasonal).

These all make great food and provide snacks that generally don’t spike your blood sugar like factory-made snacks do.

Also, this may be obvious, but I would eat fruit in season. For example, apples were plentiful in the fall: I could get a bag for about $1 and would get one or two bags for the week.

I would have apples with everything (and for snacks). Again, I could not afford to throw out a single apple, so I ate them all.

And at that time of year, making an apple pie was in the budget too!

I couldn’t have bought more than four or five meals for my $30 weekly food budget, and that’s assuming the cheap breakfast place that had meals for $2.95 a plate.

I needed to get at least 16 meals out of that $30, so there was no room for the luxury of eating out.

Have substantial cereals for breakfast.

Oatmeal and Grapenuts were the real keys to my success. They both filled me up and kept me filled up for much of the day. A single container of oatmeal — not the flavored packages, which are expensive and insubstantial, but the big boxes of loose Old Fashioned Oatmeal — would last slightly longer than a week, even if I ate it every day.

Avoid junk food at all costs.

Not one candy bar, bag of chips, pre-made peanut butter cracker, store-bought cookie, breakfast bar, or pack of gum could be afforded.

This didn’t mean I couldn’t have snacks: a bag of popcorn cost about $1, and if I had the money available I would get one.

Also, I had flour, sugar, water, eggs (usually), oil, and oatmeal, so sometimes I would make oatmeal cookies (with raisins if I was gone crazy splurging).

Frozen dinners, deli-made quiche, store-roasted chicken — all of these cost too much per serving.

If I wanted quiche, I had to make it from scratch. The ingredients were in my budget and on my shelves.

If I wanted chicken, I waited until it was on sale for $0.39/lb and roasted it myself. I then ate it for 6-8 meals before chucking the bones into a pot to make chicken soup and having that for another 6-8 meals.

Because I had to make most things from scratch, I bought a paperback copy of what is often called The Plaid Cookbook: the Better Homes Gardens New Cookbook.  I think it cost $6 at that time, and was not part of my food budget, but it paid itself back many times over.

If I wanted to make lasagna, it told me how. Did I manage to buy a roast beef on sale? The cookbook told me how to avoid ruining it in the oven. Pumpkin pie? apple pie? quiche? roast chicken? all was explained, and often within my budget because I could make it from standard, inexpensive ingredients.

There’s a reason Coca-Cola and Pepsi Co. have been good investments and consistent earners for investors across the decades: they are selling you water.

During this tough time I did not buy soda, or water, or coffee, or tea, or any beverage other than milk (which was reserved for my breakfasts, and only on weeks when I was having boxed cereal).

I think I bought hot cocoa mix during the winter, and that lasted several weeks.

I didn’t do this at the time, but I now know that using dried milk saves at least $1 per gallon. There are two tricks to using dried milk. First, invest in a glass container. I don’t know why, but dried milk tastes terrible when stored in plastic.  Second, chill it. If you follow these two suggestions, you’ll be able to serve the milk to guests and they will never know.

In fact, they will likely think you buy it from a dairy. (And yes, this is something that my family does now. We have been drinking almost exclusively dried milk for the last 7 years.) Dried milk also saves time and gas money: out of milk? No need to run to the convenience store, just mix it up.

In this case we save almost $2.00 a gallon because milk is so much more expensive at the convenience store, and since the family drinks about a gallon a day, we save as much as $7-10 per week just by drinking dried milk.

There may have been other tricks that Ive forgotten, but with only $15 to spend per week I had to think long and hard about buying anything that cost more than $1. Was it going to sustain me?

It was much harder when I started this radical budget, because I started from nothing. But over time, it got easier, in part because some items lasted longer than a week.

For example, pantry items like a bag of sugar, a bag of flour, a bottle of oil, and a bag of brown sugar would generally last longer than a week. In the first weeks I had to buy a lot of these things and they used up a lot of my $15, but immediately they became the money in the bank that allowed me to buy other staples that might not last that long.

So, yes it is possible to eat without spending a fortune. Again, my food budget was radical by necessity, but the principles would still work today. I think $30/wk might not be enough now, but I think $40/wk would work, and I know that $50/wk would be fairly easy for a single person.